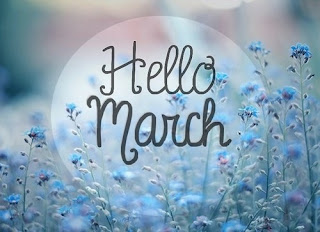 Well, it has definitely been a while since I've written.

This February I made a goal to write an entirely new book in one month. Normally, it takes me about a year to get a first draft out of my system, so this was a big stretch for me.

I tend to write forward in a novel, and once I get stuck, return to the beginning and press forward again. I've never been good about outlining an entire novel from the start. For me, creativity occurs within a scene when something happens, or someone says something that I hadn't planned on at all. So, I just start writing, a germ of an idea and usually two or three images enough to get myself started. I keep going until I can't see a way forward. Then I return to the beginning.

Cleaning up scenes and characters in an editing fashion normally gets me past my "stuck" feeling. I'm able to move forward and see myself out of corners I've painted myself into. But this means the first draft is much more near four to five drafts. And it means it takes me a good amount of time to find my ending and spill it out on the page.

This year, I decided I needed to speed up the time between my iterations. Every book is a step forward, but I was taking all those steps very slowly. This makes sense. In the eleven years I've been writing seriously, I've given birth to six children. I've ran a household while my husband finished his PhD. I've moved three times. Obviously a lot of necessary tasks got in the way of moving speedily when it came to my writing.

But now, we're in a settled home. My husband has a "real" job, where he doesn't have to write dissertations during weekends. My youngest child is 1 1/2, and is wonderful enough to sleep through the night. If I mean to get better as a writer, I need to practice more, and I now have the time to do it. So, a book in a month. This was my February.

Now, it is March 7th. I have 55,000 words in a new book. I did have to amble back one time, so I suppose I'm into my second draft. I'm about 5 chapters away from my ending. I was not able to meet my one month deadline for this book creation, but I am a heck of a lot closer to one month than I am to twelve. That's a major win for me. I hope to finish the book next week. (I have a vacation coming up this weekend.) Then I'll be able to let it alone for the remainder of March and get a good edit of it going once April begins. I'd hoped to be able to leave it for all of March, but such is life.

With this February project, all my little blog posts have fallen off the list of possibilities. I've thought of things I wanted to write about such as:

1. The fact that my children now clean all the bathrooms every week and vacuum all the carpets. Life-changing!!!

2. A discussion on those dreams we have in life, and how doggedly we should pursue them.

3. How I managed to not hate winter for all of January and half of February, which is quite an accomplishment for me. (Death to March snowstorms!!)

4. How exhausting it is to follow Tilly around the house and clean up her 1 1/2 year old messes. (She's currently strewing small hair elastics over the kitchen floor).

5. Our family goals to camp ALL SUMMER, and whether we should buy a tent trailer to make it more possible.

And so much more. Ha! But instead of writing it all here, I have pulled out my notebook and my scrivener document and added another 2500 words to the page each and every day that I could. February went quickly with all those words. March is sure to disappear just as speedily.

By JGEM August 30, 2018
August has been my month of painting. We are changing our kitchen, and my job has been to make our oak cabinets into grey cabinets. Every afternoon, in the time I normally use for writing, I paint. the color is Dorian Gray ... so at least I'm keeping the literary mode. I told myself I would paint for all of August, and then, no matter how far I'd gotten, I'd be done. Let me just say, painting is not nearly as fulfilling as writing. Perhaps it helped the Karate Kid out, but I am ready to be done! I'm glad I bought a paint sprayer, or I would have had to give up on the project entirely! Today, I administered my last coat of paint to drawers and cabinets. Alas, my kitchen is not done being painted (trim and cabinet backs elude me) but I cannot start another project that will be finished in one day, so I am done. All the other fixes will have to be finished in leftover moments, not in my precious afternoon hours. Which means today I had time to wri
Post a Comment
Read more